We’re in the two months leading up to what’s sure to be a controversial election no matter who wins. I’m thinking this might be the most controversial election of my lifetime. Even more so than the 2000 election. With the extremists on both sides of the aisle, I get the feeling there’s going to be strong reactions and likely increased social unrest. I could be wrong but the election seems to be a tinder box that will be lit regardless of who wins.

Bloomberg had a great piece on current polls and prediction markets for the election. The polls have Biden in a comfortable lead… 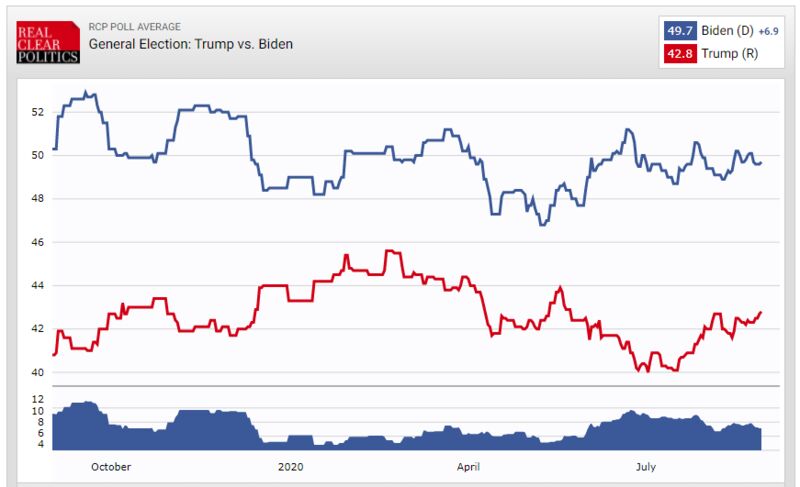 …while the betting markets show Trump has dramatically narrowed the gap. 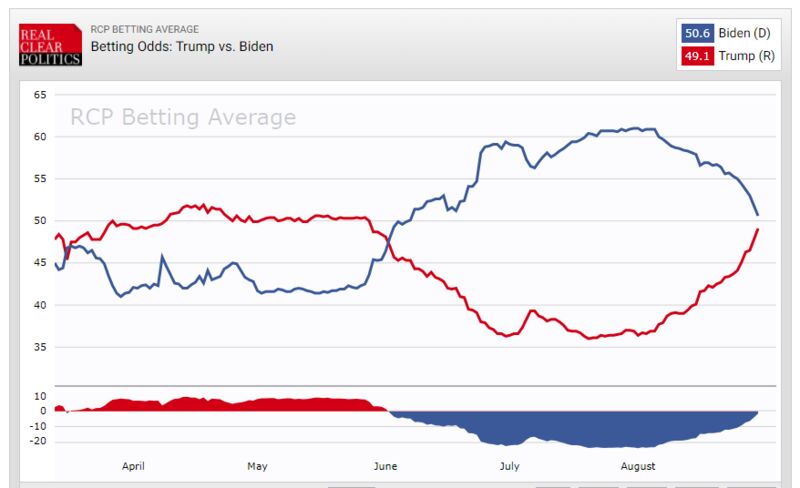 The political futures markets show the Republicans are now in the lead. 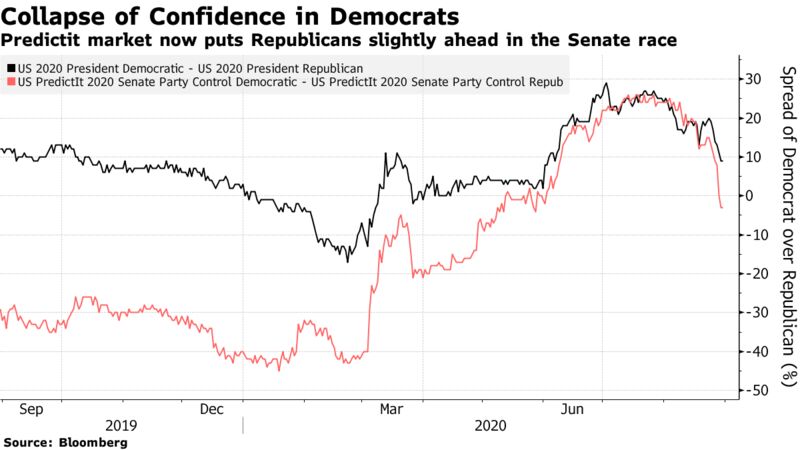 All of this is enough to make your head spin, especially if expected election outcomes reverse in the other direction.

While it’s not unusual for election predictions and polls to change in the 30 and 60 days leading up to an election, this time feels different with the pandemic, pre-existing social unrest, two polarizing candidates and an election outcome that might not be known for weeks after election day. The stock market took a dive today, which doesn’t feel too surprising after a strong run in August, but selling trading volumes were very strong. Tech stocks were probably due for a pullback so whether today is the beginning of a larger pullback remains to be seen. Historically, this has been a volatile time of year and will likely be doubly so this time around for reasons already mentioned.

Stock prices are likely to be volatile in the coming weeks leading up to the election and even afterwards. Having a plan and a well-constructed portfolio are critical at times like these. I read something the other day that said if you have a portfolio where everything goes up then you don’t have a diversified portfolio. In a diversified portfolio there should be something going down when something else is going up. There’s no such thing as a free lunch, even in investing.

Interestingly, Barron’s had an interview a few weeks ago with a gentleman at a group called Strategas Research. Strategas performs and publishes quite a bit of useful research on elections and investment markets. Here are a few interesting takeaways from the interview:

It’s sure to be a wild 60-90 days from here. It might be time to hunker down, but be prepared for investment opportunities should there be any sort of meaningful correction.