We’re four days away from Election Day. That’s the best news of all at this point. If this hasn’t been the most drawn out and divisive election of my lifetime I’m not sure which one was more so. While I’ve never ran a marathon before, it feels like we’re getting to the end of a marathon. We’re fatigued, we want it to be over and we’re drawing on the knowledge that we’re almost to the finish line to help us make it through.

This isn’t a political blog, but elections do have investment ramifications. Not the extreme, acute doom and gloom scenarios many like to propagate but more along the lines of medium to long-term thematic impacts. Several social issues are front and center this election that could certainly have a future impact on the investment landscape but it’s nigh impossible to predict what those would be. Taxes, regulation, stimulus and pandemic response are probably the most important variables for investing that will likely take diverging paths depending upon who wins the election. Social unrest is another potential important variable but is more challenging to project.

All of this is actually quite simple so I’m going to be concise.

If the Trump wins:

Pandemic: Less restrictive, unclear on plan to manage the pandemic until a virus is available

Stimulus: More; a lot more if the Democrats sweep

Pandemic: Likely more restrictive, potentially a better plan for managing the virus until a vaccine is available

I’ve heard some say the positive impacts of stimulus under a Democratically controlled Washington would outweigh any negatives from higher taxes. I think it’s impossible to know that but it’s certainly worth consideration. Increased regulation isn’t necessarily a bad thing. I think most people would agree that more regulation in certain areas would be a good thing. Where regulation becomes problematic is in an overreach situation where growth and innovation become stymied. Again, hard to predict but the regulation pendulum has a history of swinging from one side to the other when there’s a change control in Washington.

So with four days to go, it’s still unclear what the ultimate outcome will be. It’s also unclear when we will know the outcome. Referencing a fact we highlighted previously: Per Strategas Research, for the last 14 presidential elections, when the S&P 500 has been up over the three month period leading up Election Day the incumbent has won 12 of those times. As of the close today, the S&P 500 is -0.75% since August 3. As recently as yesterday, the market was modestly up since then. With one more trading day to go, who knows where stocks will end up and whether it even matters for this election. At a minimum, investors appear to be just as unsure about the outcome of the election as the rest of us do. Don’t let the outcome get you too high or too low. There will be plenty of opportunities for investment growth regardless of who wins. But just because your preferred candidates win doesn’t mean your investment return prospects are going to be materially different than if they lost. . 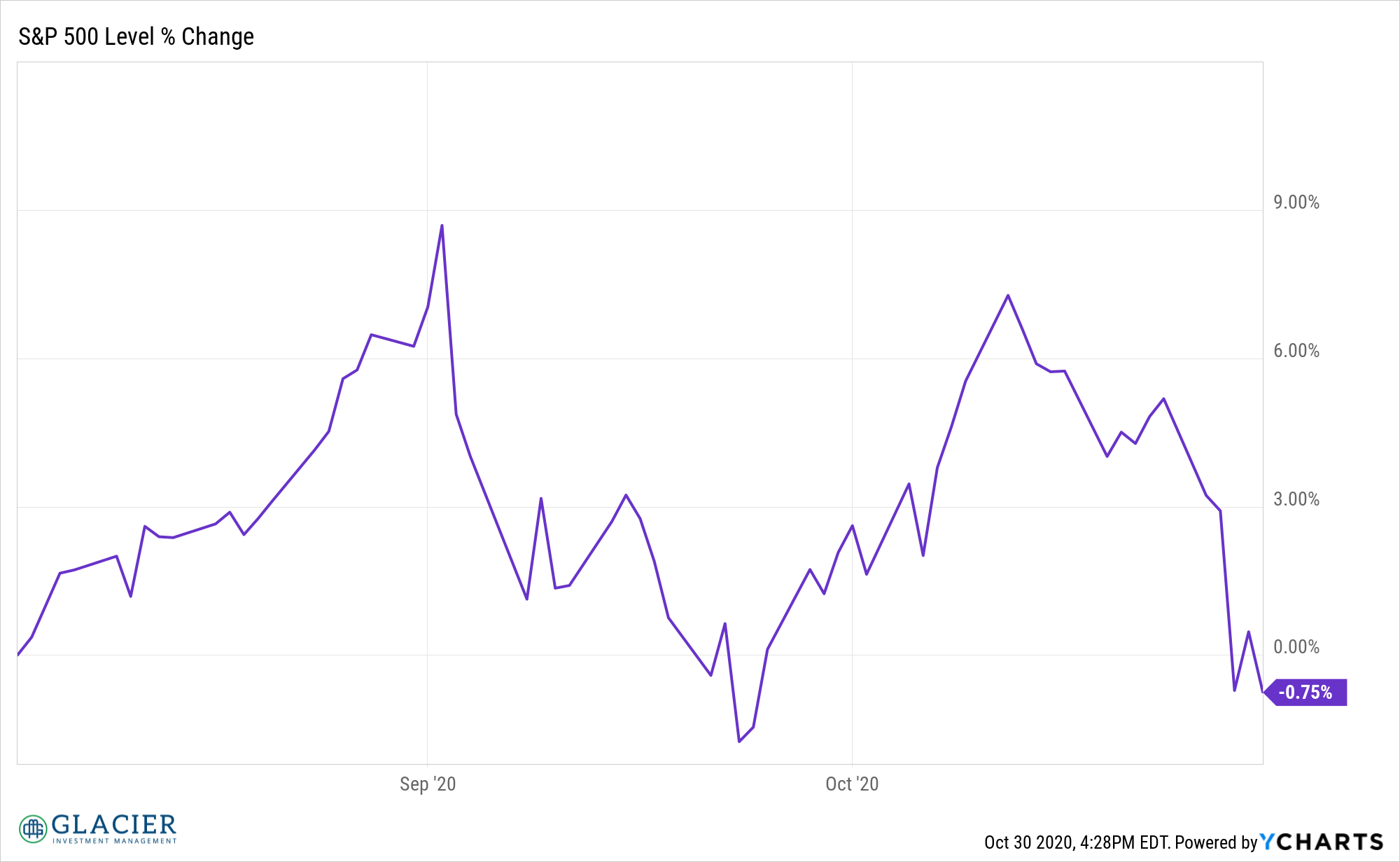