Dogma is defined as a principle or set of principles laid down by an authority as incontrovertibly true. Incontrovertible is a strong adjective, reflecting rigidity and lack of flexibility. Absolute truths such as the sun rises in the east and sets in the west or that water is made up of two hydrogen atoms and one oxygen atom abound in the world and in our lives. Relative truths, or truths that depend on context or individual standards, are also abundant in our lives. An absolute truth in the world of investing might be something along the lines of expensive stocks produce lower returns over long periods of time. A comparable relative truth might be expensive growth stocks tend to produce lower returns except in low-growth economic environments. Which statement is true? Can they both be true?

Google defines humility as a modest or low view of one’s own importance. The phrase intellectual flexibility has been used to describe humility in professional and academic contexts. Can a person be both dogmatic and intellectually flexible? I’m not sure what the correct answer is but my initial reaction is yes a person can be both but it’s a tricky line to tow.

In the context of financial markets and investing, it can be fatal to one’s career and portfolio if they’re overly dogmatic. Intellectual flexibility is a requirement to be successful. Yet, so many of us cleave to dogmas that can be detrimental to our long-term success, whether intentionally or unintentionally.

Valuation can be one of the more dogmatic principles in investing. As mentioned above, the general consensus is over long periods of time, buying stocks at high valuations generally leads to lower returns while buying stocks at low valuations generally leads to higher returns. However, this principle has been upended over the past decade. I’m not saying this principle isn’t true. I’m also not saying I don’t agree with it. However, it hasn’t worked on a 1-, 3-, 5- or 10-year basis as measured by the Russell 1000 Value Total Return Index versus its growth counterpart. I realize this comparison is somewhat of an oversimplification but it presents the point I’m trying to make. 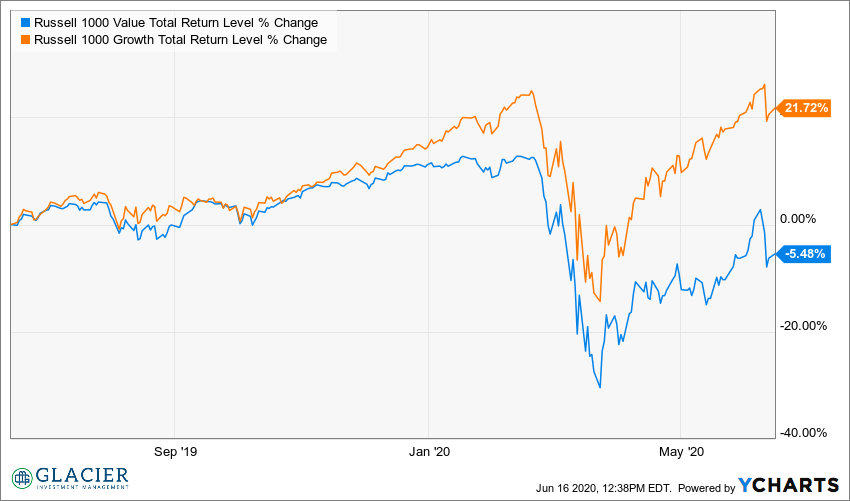 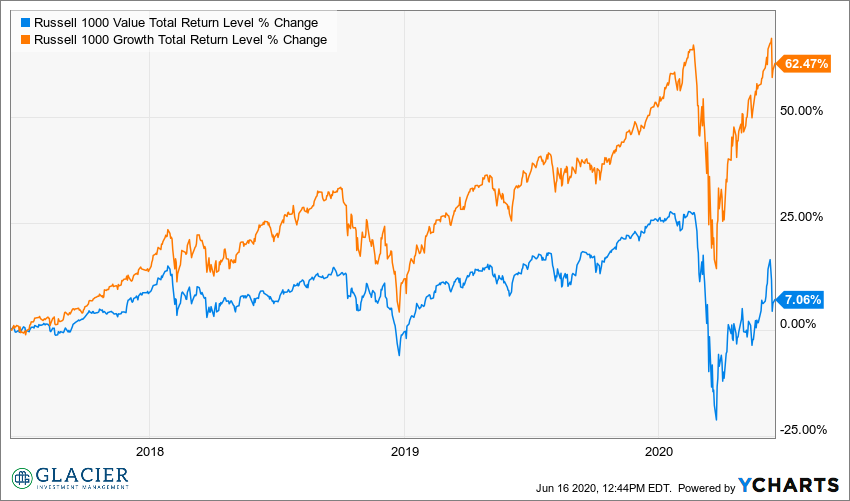 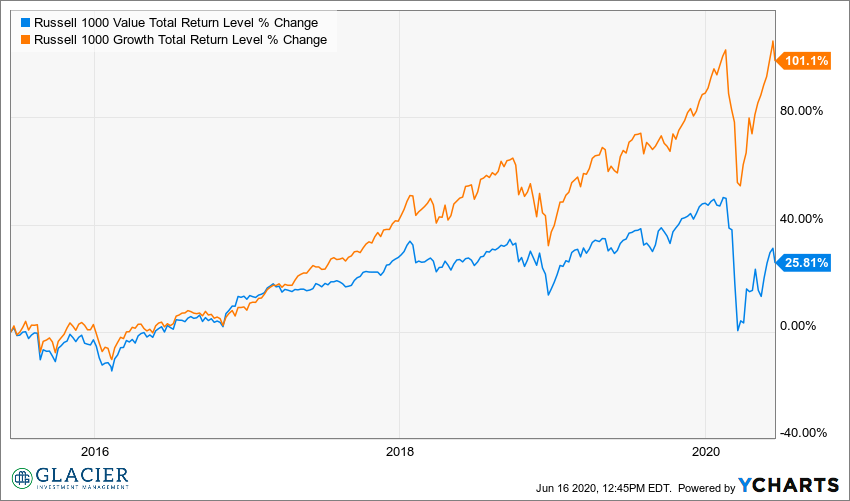 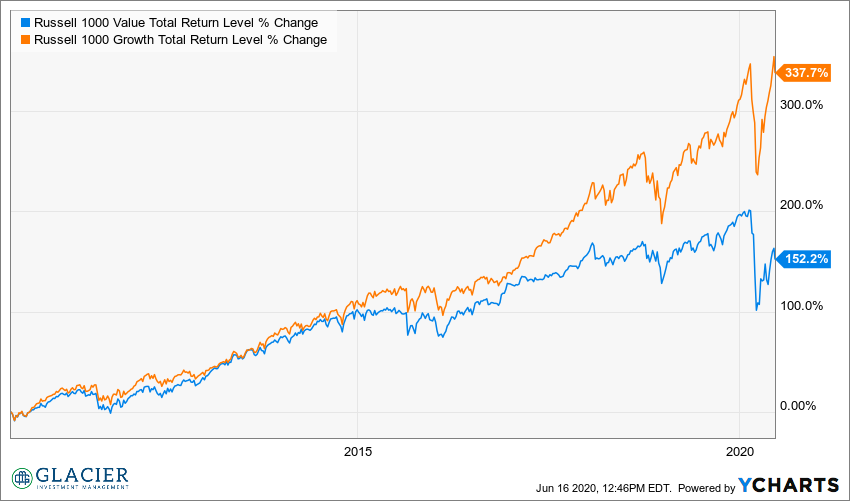 So does this mean that the absolute truth I presented earlier (over long periods of time, buying stocks at high valuations generally leads to lower returns while buying stocks at low valuations generally leads to higher returns.) is false? In my opinion, it doesn’t mean that statement is false. However, it does lend credence to the relative truth I presented (expensive growth stocks tend to produce lower returns except in low-growth economic environments). At high level, I think adding an “it depends” to any of these statements makes sense which would suggest maybe there aren’t as many absolute truths in investing as there are in the world around us. Relative truths appear to be more abundant in investing.

Empirical evidence suggests stocks go up when central banks are injecting liquidity via accommodative monetary policy. Conversely, when central banks remove liquidity from the monetary system via more restrictive policy, stocks go down. At least this has been the case over the past 10-plus years. I haven’t done any meaningful research into whether this has held true in all historic instances.

A lot of very intelligent and successful financial professionals and investors have been very vocal over the past 10 years about the level of valuations in the stock market. They have been elevated relative to history and haven’t provided the value investment opportunities that many had taken advantage of previously in their careers. It’s been no different with the recent rise in the stock market from the March lows. The rise in the stock market in the face of what appears to be a major recession, if not a depression, doesn’t make sense to a lot of very successful and intelligent financial professionals. Whether the statement about central bank accommodation I made above is an incontrovertible truth or not, I can’t say. But, it appears to be true at this time, making it a relative truth, at a minimum. My answer to second order questions such as how long can the Fed prop up the investment markets and its close cousin can the Fed do what it’s currently doing indefinitely is I don’t know. My answer to third order questions such as will the Fed’s efforts still be effective if the economy doesn’t rebound or if there’s no adequate vaccine developed for COVID-19 is also I don’t know. I don’t want to be too dogmatic on this point but don’t fight the Fed, even though you may want to or it feels like the right thing to do, probably should guide your decision-making for the time being.

So, should you be levered to the hilt in stocks and corporate bonds now based on the above discussion? Absolutely not. This is where intellectual flexibility enters. Just because the stock market goes up when central banks are highly accommodative with monetary policy, doesn’t mean you should put all of your eggs in one basket. Given our inherent inability to predict what will happen in the future let alone when it will happen, we must properly position ourselves for this reality. Speaking of dogma, diversification is something that is not as dogmatic as you would expect given the empirical support for it historically. To our own detriment, many of us don’t properly diversify across asset classes, geographies and investment strategies. I digress. Just because value stocks have so noticeably underperformed more expensive, growth-oriented stocks doesn’t mean we should have zero exposure to them. Again, since we’re virtually unable to predict when inflections points or style shifts will occur we have to compensate for this inability. Diversification is one of the best ways to do so. While it is tempting to latch onto growth stocks which appear to handily outperform in low-growth environments, we still need to be diversified.

Investment dogmas are prevalent. I don’t think most of us intend to be dogmatic but we often unknowingly fall into the inflexible trap of dogmas, especially when we let our politics or our well-researched, hard-earned views that may be inconveniently obsolete now drive our decision-making. Doing what works and avoiding what doesn’t work should be our focus. Maintaining intellectual flexibility is the linchpin that enables us to avoid latching on to incorrect or obsolete principles and being able to focus on what works.